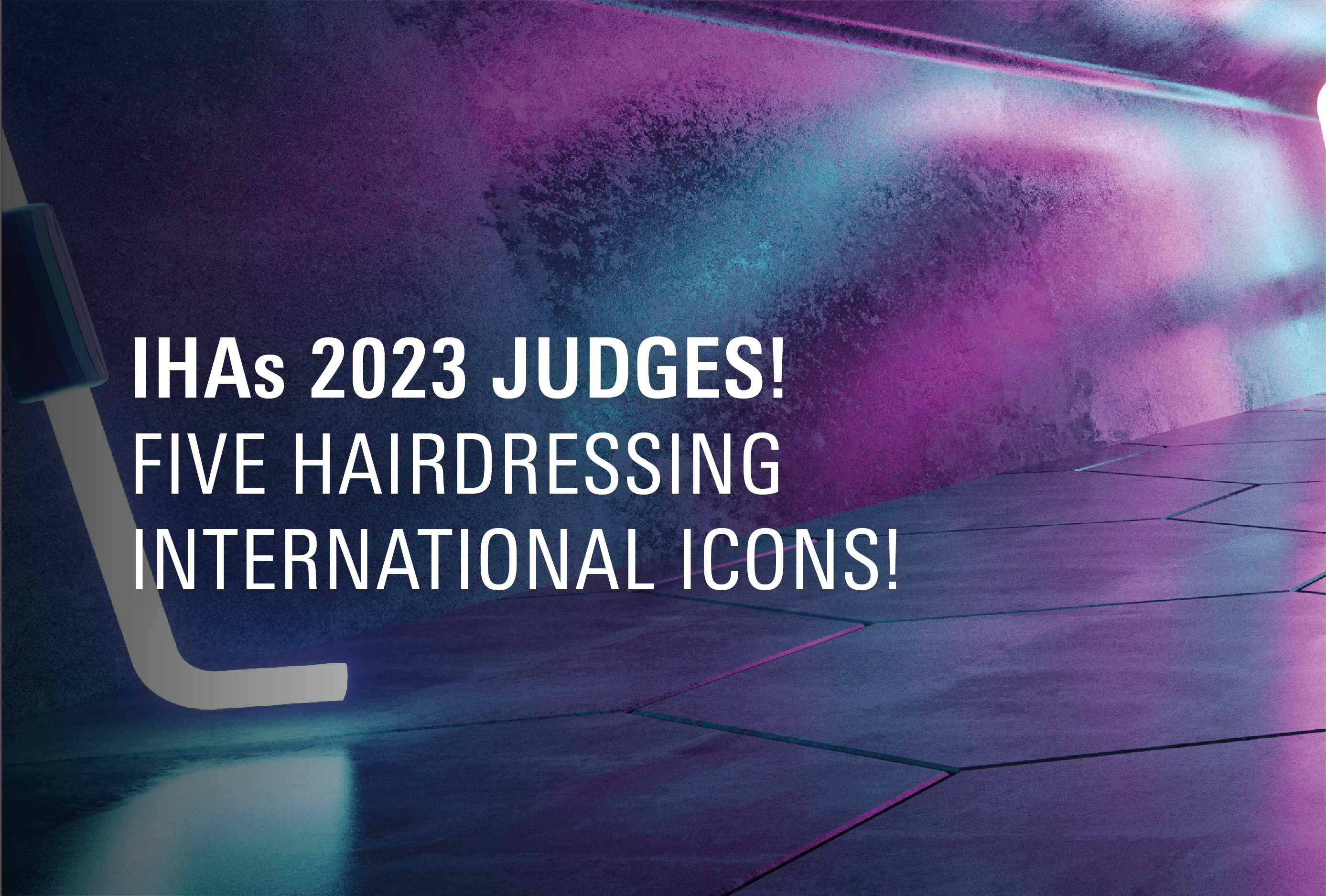 · Entries are open in all categories for every hairdresser from over the world at www.ihawards.com, until January 17th.

The International Hairdressing Awards announce the five names that will make up the professional jury for their fifth year: Robert Lobetta, Dobrawa Piekos-Szymanska, Dove Palmer, Beatriz Matallana and Alexis Continente. Again, the competition has a panel of judges formed by five renowned public figures of international hairdressing.

The fifth year awards ceremony of the International Hairdressing Awards will take place on May 8th in Spain, in a city to be announced soon. Once again, the highly anticipated global hairdressing night will bring together the biggest names in the profession to present the coveted awards in a glamorous and unforgettable evening.

Participation for the 2023 competition is still open, until January 17th, and once again is done exclusively online at www.ihawards.com. All hairdressers from every country in the world are able to present their photographic collections and participate in any of the contest categories.

Alexis Continente is an Spanish hairdresser with an international career. He has been nominated for two Emmys, Guild Awards, Baftas and Oscars for best hair, in movies like ‘House of Gucci’, ‘The Last Duel’ or ‘Thor’. He has worked and created the looks of characters from the world of cinema such as Natalie Portman, Judy Dench, Jodie Comer, Chris Hemsworth is currently Adam Driver’s personal hairdresser working together with Francis Ford Coppola in the movie ‘Megalopolis’.

Dobrawa Piekos - Szymanska is a Polish hairstylist, businesswoman and educator. She is the first Polish hairstylist in history who had taken up a role of a trainer at Vidal Sassoon Academy in London (awarded as The best Teacher of the Quarter 2007), where she trained hundreds of students from across the world. She worked with many top list celebrities such as Keanu Reeves, Keira Knightely, Sienna Miller, Milla Jovovich. In 2009 she relocated to Poland where she opened her hairdressing salon and started first educational projects. Her innovative method of teaching consisting of Vidal Sassoon philosophy and intensive psychological training turned up to be something what hairdressers were looking for. In 2010 Dobrawa established Dobrawa House of Hair Education Academy which has become a center for hairdressers on all levels and has trained over 4000 students so far.

Dove Palmer started his career in Birmingham the second largest city in England. Here he worked with Umberto Giannini, 2 times British Hairdresser of the Year. After completing many training courses with leading global brands, Dove realised his desire to understand the dynamics of technique and the method behind it. This realisation drove him to London where he became an educator and Creative Director for one of the leading hairdressing companies in the world. After 10 years of creating educational developments, collections, and step by step videos, Dove recognised that hair education could be universal and understood by everyone. Over the next 8 years through his old brand Mazella&Palmer, Dove created a concept that gave students a huge learning potential. In 2019 he took the idea one stage further, a concept that does not want to change the way you do hair, but to give you the understanding of how to develop yourself.

Beatriz Matallana is the reference make-up artist and hairdresser in the best fashion, advertising and beauty productions in Spain. Hairdressing director of the Mercedes-Benz Fashion Week Madrid for more than 20 years, she combines this task by participating in multiple projects, all linked by a common denominator: discovering and showing the beauty of each person through her hands. Self-taught and brave, she has managed to set trends within her profession, positioning herself as an essential professional in the most outstanding works of this delicate art.

Robert Lobetta is a renowned hairdresser and has lead a truly inspiring journey, from his beginnings as a young hairdresser in the mid 70’s in London to becoming an internationally recognized Icon in the hair and beauty industry. Robert has a profound respect for the art and craft of his profession, and is known for his unique style, eye for detail, and his compelling, thought-provoking ideas, along with his modern and daring photographic imagery. In 2021 he was awarded with the International Hair Legend title at the International Hairdressing Awards.

Once the entry period closes, on January 17th 2023, the judges will vote the participating collections and then on February, the finalists will be announced via live streaming. The winners in the five categories will be revealed among the fifteen finalists whose candidacies will be chosen by the jury.

The International Hairdressing Awards are an independent beauty company, powered by hairdressers, which has been supported from its beginnings by a main sponsor of international relevance that believes in the message and mission of these awards, Revlon Professional. Also, Estetica Magazine acts as global media partner and The Hair MBA and Salón Look Madrid as sponsors. These brands have made a strong bet and have combined their forces to make this event an international success. For more information, visit www.ihawards.com